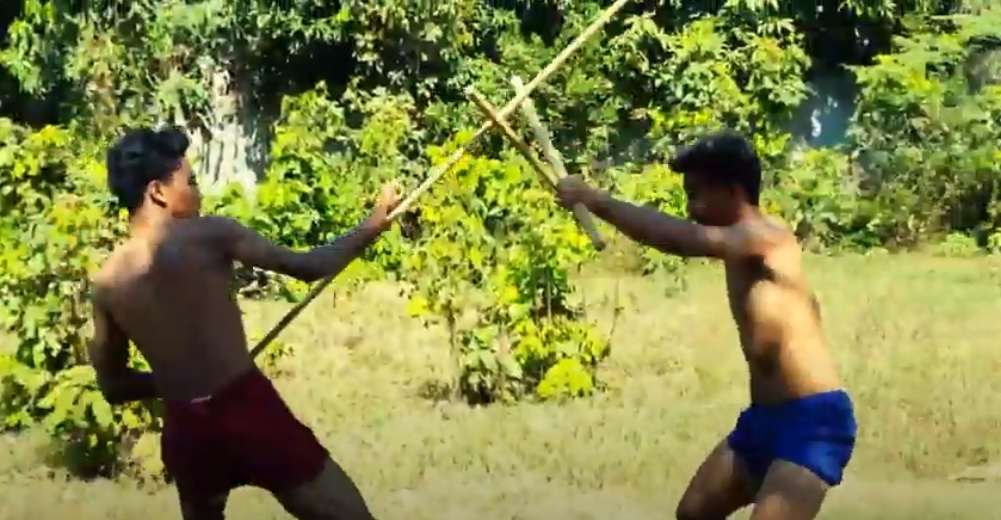 During the Khmer Rouge between 1975 and 1979, it was difficult to keep a passion for anything academic, whitecollar oriented or artistic. Most surviving artists and professionals fled the country if and when they could. Caught up in these extreme circumstances, Grand Master San Kim Sean seized an opportunity and fled to the USA. While in California, he had a chance to be exchange sessions with other martial arts and martial artists including the famous Filipino American Legendary Martial Artist, Dan Inasanto whom Bruce Lee chose to carry on the teachings of Jeet Kun Do. Grand Master San Kim Sean also learned Hapkido and obtained the black-belt master instructor level degree. Besides Martial Arts, San Kim Sean was also involved in a music band back in the 70s.

In 1995 he made a decision to go back to Cambodia on a mission to revive the almost forgotten Martial Arts of Cambodia, Kun L’Bokatao for which he coined the easier pronounced English word “Bokator”. He gathered the last surviving masters of the Khmer Martial Arts, created a massive collection of techniques and has since completely dedicated his life to putting this martial art on the global map.

Success follows dedication. Bokator has since been recognized as a full-fledged martial art by many global organizations including the World Martial Arts Union (WoMAU) and has competed in several competitions and MMA, including the Asia Games, held in Vietnam, 2014.

Besides the provisions of the last surviving bokator masters in Cambodia, Grand Master San Kim Sean also took the passion upon himself to recompile Bokator techniques from depictions of fighting techniques on the outer walls of Angkor Wat UNESCO World Heritage site, compiled over ten thousand movements categorized in Self Defence lessons and a complete belt grading system from white to green to blue to red to brown to black. Today, over 6000 students across the world have directly or indirectly passed through the Grand Master’s bokator training program and some have become instructors themselves.