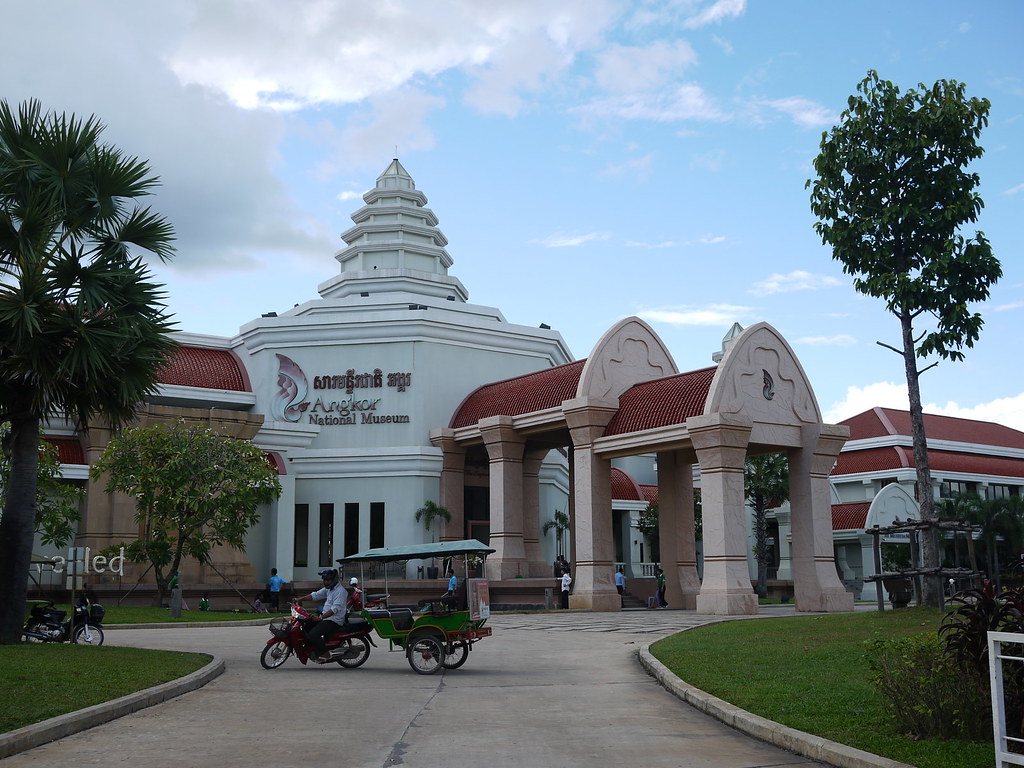 Most of the artifacts are discovered in and around the Angkor archaeological sites nearby. The museum is located in Vithei Charles de Gaulle No. 968, Siem Reap, Cambodia, on the way between downtown Siem Reap to the northern road leading to Angkor ancient city.

Opened on 12 November 2007, the Angkor National Museum covers the golden era of the Khmer Empire, making use of audio-visual multimedia technology. The museum covers Khmer history, civilization, and cultural heritage in eight galleries. The museum has a strict no-photos policy.

According to en.wikipedia.org and angkornationalmuseum.com