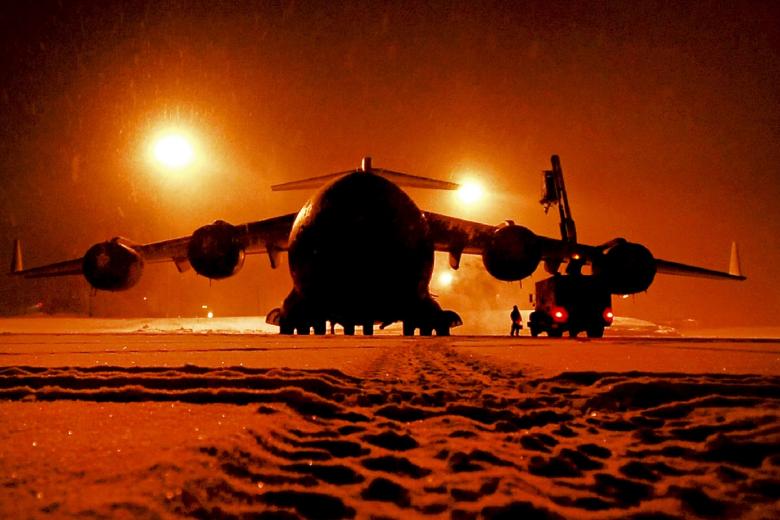 Having started studying the profession for more than two months at Lanmei Training Center, Maiyorm is determined to take on the job with its high responsibility.

Born in Kampong Chhnang province, Maiyorm said she had wanted a job in aviation since high school.

This passion and ambition motivated her to get a grade A in the baccalaureate examination (Bac II) in 2019 so that she could pursue her desired major at university. However, after graduating from high school, she decided to major in information technology as no school in Cambodia was offering aviation majors yet.

In 2021, the aircraft maintenance engineering major was established at the Lanmei Center. She dropped out of IT and moved to pursue the major she wanted.

“My goal was to study aviation; however, no schools were offering that major,” Maiyorm said. “That’s why I went to study another major. And it was also an opportunity for me to improve my language skills since I’m from the countryside, my English was not as good as those who are from the city.”

Maiyorm had to go through three stages, including the application process, English language and science tests, and ear and eye checks before being selected to learn the profession. The major lasts for two and a half years and costs $16,000 in total.

Although Maiyorm’s parents are farmers, they managed to provide education for their four children to get a bachelor’s degree. Her parents, despite the high cost of tuition, did not hesitate to fulfill Maiyorm’s dream.

“My parents allow me to learn anything I want,” she said. “Moreover, I’m able to pursue this major because they encourage me and support my school fees. Without their support, I would not have been able to attend the school.”

Maiyorm is the only female among six students studying aircraft maintenance engineering at Lanmei Training Center. She said she had not encountered any challenges in her study because she has just been introduced to theory lessons.

“The challenge is the English language since there are many technical words that I have never encountered,” Maiyorm said. “Therefore, I have to memorize those terminologies. There is nothing else difficult yet.”

In addition to learning theory, Maiyorm has gone on field trip studies, which is inspecting the aircraft and getting into the cabin.

For Maiyorm, just seeing the equipment and the view in the cabin is exciting as she realizes that her dream job is becoming closer.

“It was the first time in my life seeing a real airplane,” Maiyorm said. “When I see it, I feel strange, happy, and excited.”

As the first Cambodian-Muslim woman to pursue aircraft engineering, Maiyorm encourages women with a passion for aviation to be courageous and throw away the mindset that women cannot do the same as men.

“There is nothing we cannot do as long as we keep hoping,” she said. “When there are not many women in something, people assume that women cannot do anything. So, we need to prove them wrong.”