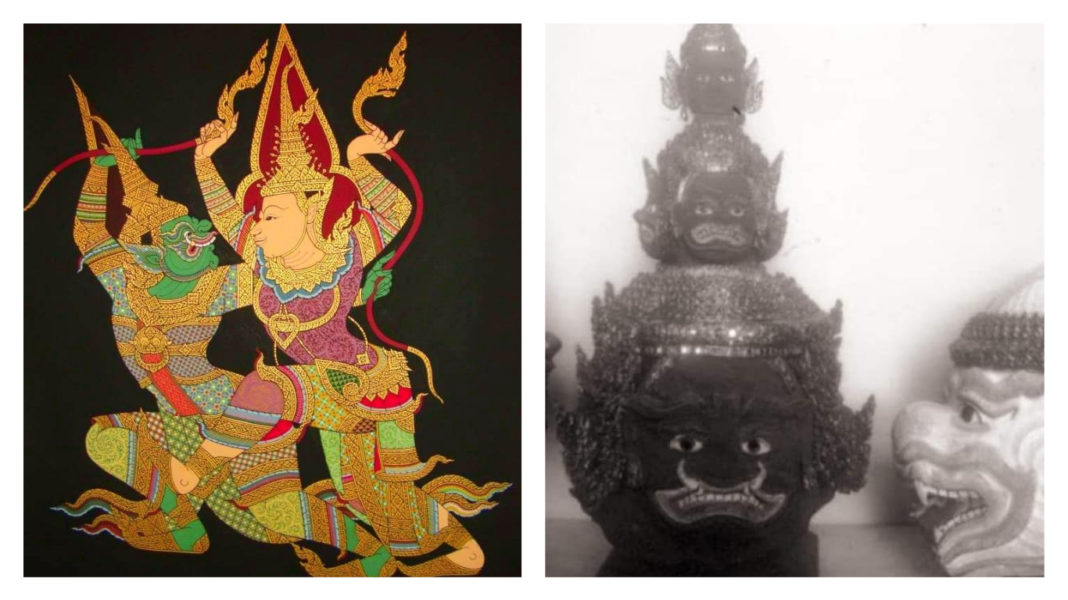 Lakhon Khol is a traditional theatre performance of Cambodia. The Mask theatre of Cambodia has its origins during the Angkor period. It is believed to have begun during the 10th century through the inscription K.99 Sambor Prei Kuk temple in the reign of King Jayavarman V (CE 968-1001).

Lakhon Khol is believed to be a derivative of the Drama, an acronym in the High Priest’s Dictionary Chuon Nath. That short form can be interpreted as a form of drama, played out in a series of short stories. The word Khol Is encountered in a number of other rocks, such as K.566-a a rock above the Stung Sreng Siem Reap province inscribed at the end of the 10th century Which refers to wearing a mask dance.

Until the Royal King Sisowath, the royal dance in the form of dance was frequently performed for French diplomats or anthropologists to be entertained by the love of Khmer classical dance. George Groslier compiled the diary “Danseuses Cambodgiennes, Anciennes & Modernes” 1913.

Another specific story of the theatrical performance is the Reamker, the Khmer legend of the Ramayana. The performance includes an introduction to storytellers who play an important role in the performance and classical music of the Pin Peat.

There were eight teams of specialist theatre that were then ravaged by war, now only one group survives at Wat Svay Andet, 15 km away from Phnom Penh. And now the drama is also part of the schedule of studies at the University of Fine Arts.

On November 28, 2018, Lakhon Khol Wat Svay Andet was included in the List of Intangible Cultural Heritage in Need of Urgent Safeguarding of UNESCO.