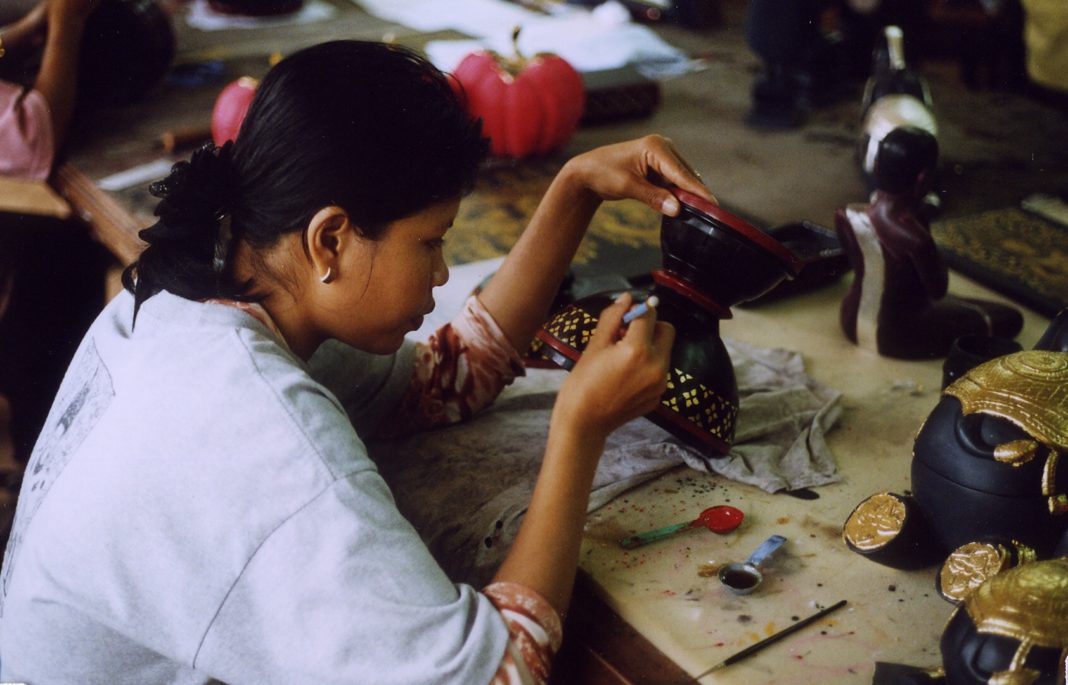 Cambodia is renowned for its rich history and cultural heritage, personified by the Angkor Temples. This same beauty is also captured within the traditional arts and crafts forms that have been passed down the generations within Cambodian society. The advent of the Khmer Rouge threatened to destroy the once-prosperous traditions of weaving, woodcarving, pottery and handicraft production, but these art forms are now making a comeback, with groups of often-disadvantaged Cambodians rediscovering how to create handicrafts that combine traditional techniques with modern, attractive designs

The Artisans Association of Cambodia (AAC) is a membership-based organization for crafts producers and sellers in Cambodia. It was established in 2001 under the coordinated effort of the World Rehabilitation Fund (WRF), the United Nations Development Program (UNDP) and the International Labour Organisation (ILO) to promote new approaches for the socio-economic integration of landmine survivors, others with disabilities and other vulnerable groups. AAC registered with the Ministry of Interior (MOI) in 2004 and became a member of the World Fair Trade Organization Global (WFTO) in 2005; a member of WFTO Asia in early 2006 and a member of Homenet South East Asia (HNSEA) in June 2008.

Together with its member organizations, AAC aims at creating employment opportunities for landmine survivors, others with disabilities and other vulnerable groups through small and medium craft production and sales. Currently, AAC has over 45 member organizations. In total the members have around 2 000 producers and staff and they all work throughout Cambodia. Of employees working in member organizations, 79% are women; 11% are people with disabilities, 3% are landmine victims and 53% of the member organizations are managed and directed by women. AAC has officially registered the Artisans’ Collection (AC) with the Ministry of Commerce as a company LTD. in late 2008. Since then AC is eligible to obtain a certificate of origin for exports when members and buyers need it.