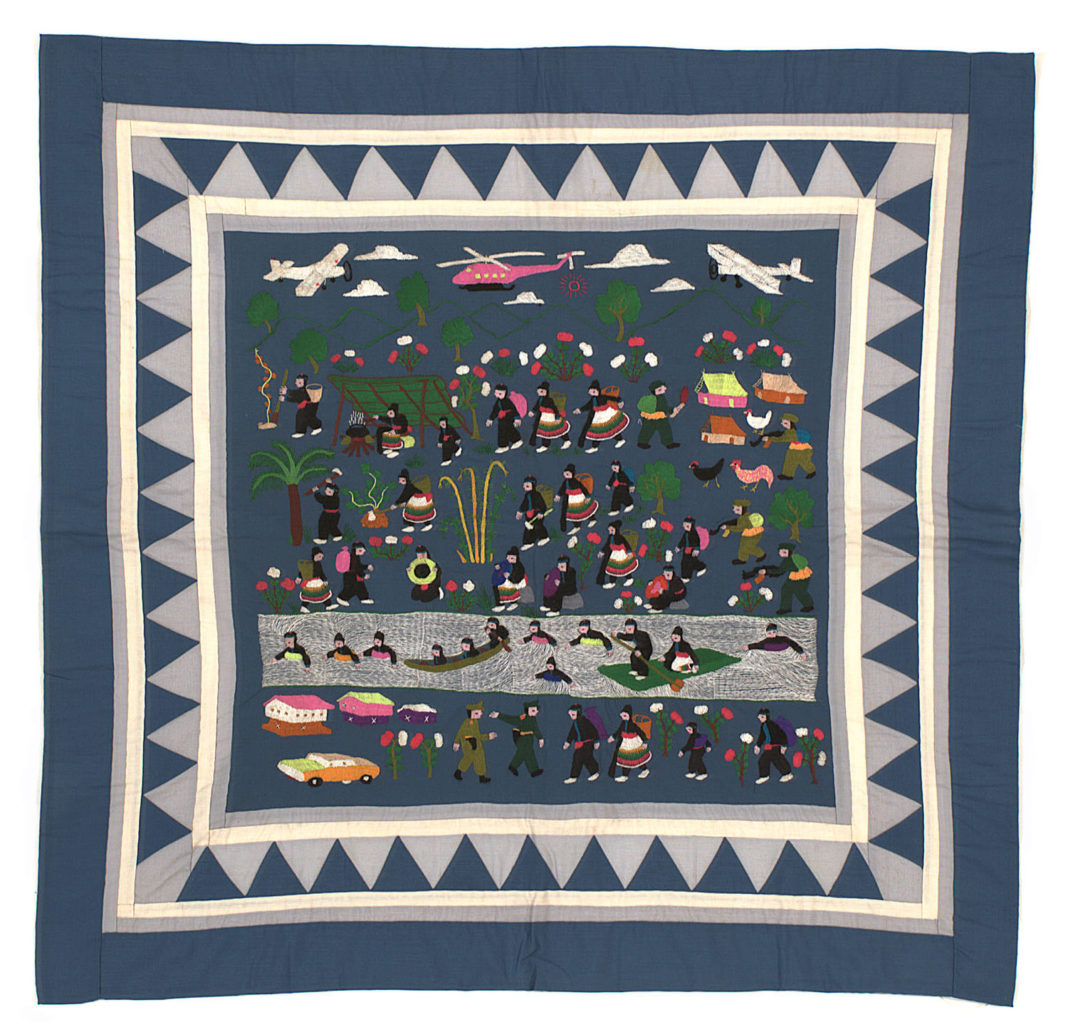 In the 1990s, Dia wrote Dia’s Story Cloth which is now considered to be one of the utmost popular books on Hmong story cloths. The story cloth made for her by her aunt and uncle chronicles the life of the author and her family in their native Laos and their eventual emigration to the United States.

For centuries, needlework has been part of Hmong culture. But it has only been since the war in Vietnam and Laos, which displaced many Hmong, that the new, narrative form of ”story cloths” has emerged, a bridge between past and present.

Dia Cha and her family experienced this displacement. Born in Laos, Dia fled with her family to Thailand as a child, spending four years in a refugee camp before arriving in the U.S.

As told through the story cloth stitched by her aunt and uncle, the Hmong people’s search for freedom began long ago in China. Dia’s Story Cloth explores many aspects of the Hmong experience from peace and war in Asia to new beginnings in America. Through Dia’s story, young children can see that the search for freedom transcends all cultures.

This book includes a compendium of Hmong culture: their history, traditions, and stitchery techniques.

According to en.wikipedia.org and leeandlow.com