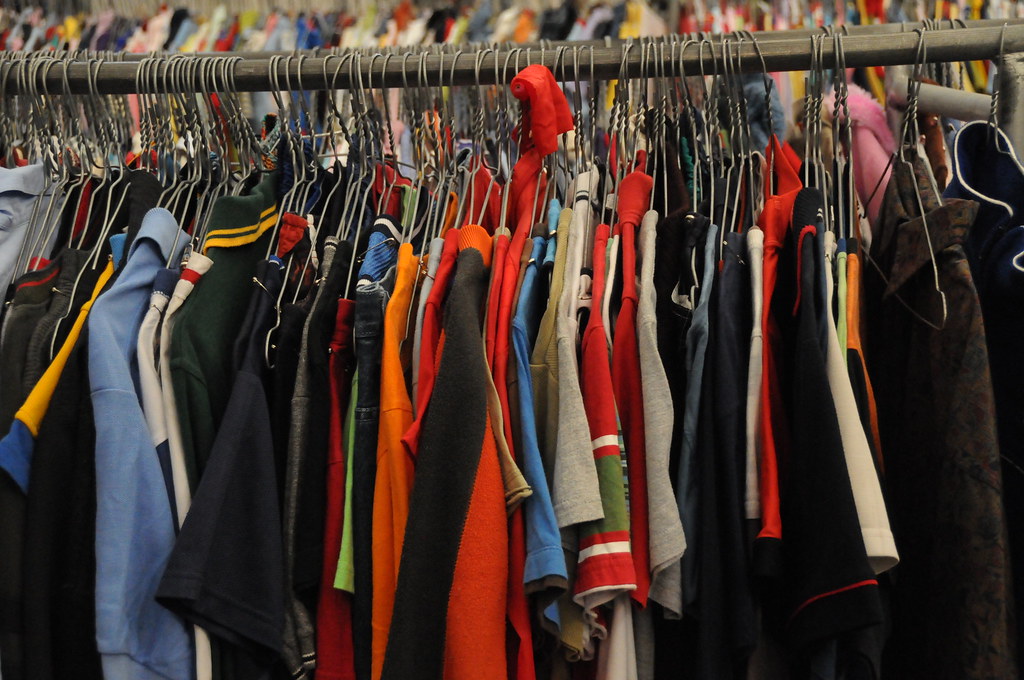 It all started with a message. They wanted to bring attention to a serious issue that was falling under the radar. The world is starting to remember that plastic water bottles and bags aren’t so great for the environment, but so few are talking about the devastation that our fashion habits are causing Mother Nature.

In 2009, the Tak Fak garment factory in Cambodia closed due to bankruptcy leaving hundreds without compensation. According to local reports, some 130 Cambodian garment factories closed that year, leaving more than 30,000 workers jobless and an additional 30,000 temporarily out of work. That wasn’t all. The Tak Fak factory closed leaving thousands of bags of unfinished clothing behind its doors. For almost a decade, the clothing just sat there. That is, until October 2017 when the team walked in for the first time.

The project took piles and piles of unfinished clothes left behind in a factory closure and turned them into three huge art sculptures.

To do this, a group of sustainability experts from Singapore, led by Laura François of Fashion Revolution Singapore, have teamed up with viral epic photographer Benjamin Von Wong to realise the project. Laura hopes the result can bring attention to the origins of our clothes.

With the help of Facebook, Instagram and Telegram, they reached out to the local community and invited them to join in the quest. Some volunteers came from as far as Indonesia, Malaysia and Singapore to come to give an extra hand.

They gave life to 2,500kg of clothing (the average amount you’ll probably wear over your lifetime) to create 3 structures honouring our planet and the air, water and trees that it gives up to support our shopping habits.

These structures were made from fabric left forgotten in an old garment factory. The truth is, there was enough fabric for them to make hundreds of art structures. Thousands of barrels of clothing were left untouched for a decade, and though rescuing all the fabric was their mission, starting this conversation is great to start.