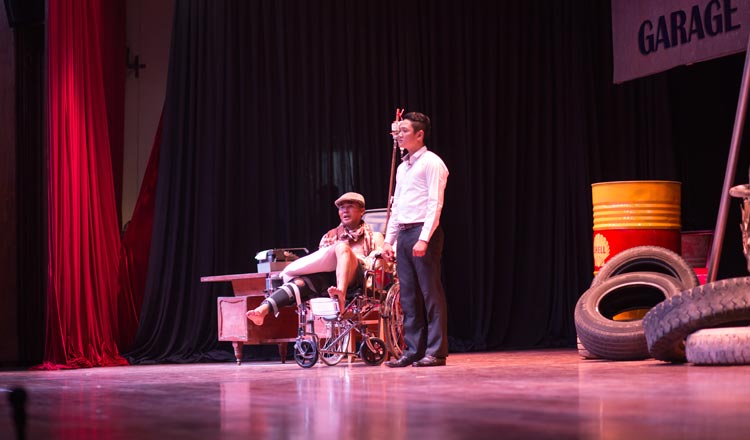 In 2015, Soung Sopheak and his team founded the non-government organisation, Khmer Art Action (KAA). They believed that culture and art would not be able to flourish unless people understood its meaning and value. The new generation would never understand the value of Cambodian historical masterpieces unless they were consciously embraced.

Today, KAA is working tirelessly to bring Khmer culture and arts back to life through theatre plays, short film and video productions, art events and partnerships with other NGOs regarding Cambodian art.

Lakhorn Niyeay is an art form in Cambodia that is so old, that many Cambodians have forgotten about it. The performance art is solely based on the characters’ speeches and the storylines usually depict deep social issues of the present time. Lakhorn Niyeay is not an easy art. Lakhorn Niyeay lost its popularity after the civil war in Cambodia. Experts say it takes almost 10 years to learn how to perform, write scripts and direct a play, so many Cambodian people have been hesitant in bringing back the art form.

KAA brings Lakhorn Niyeay back to the community through short films and live performances. They perform in schools, communities and there is an annual show at the National Theater every December. KAA is working to connect more people, especially the young generation to spoken theatre so that they can understand the role that Lakhorn Niyeay plays in Cambodian society. The ultimate goal is to inspire them to love and preserve this art form.