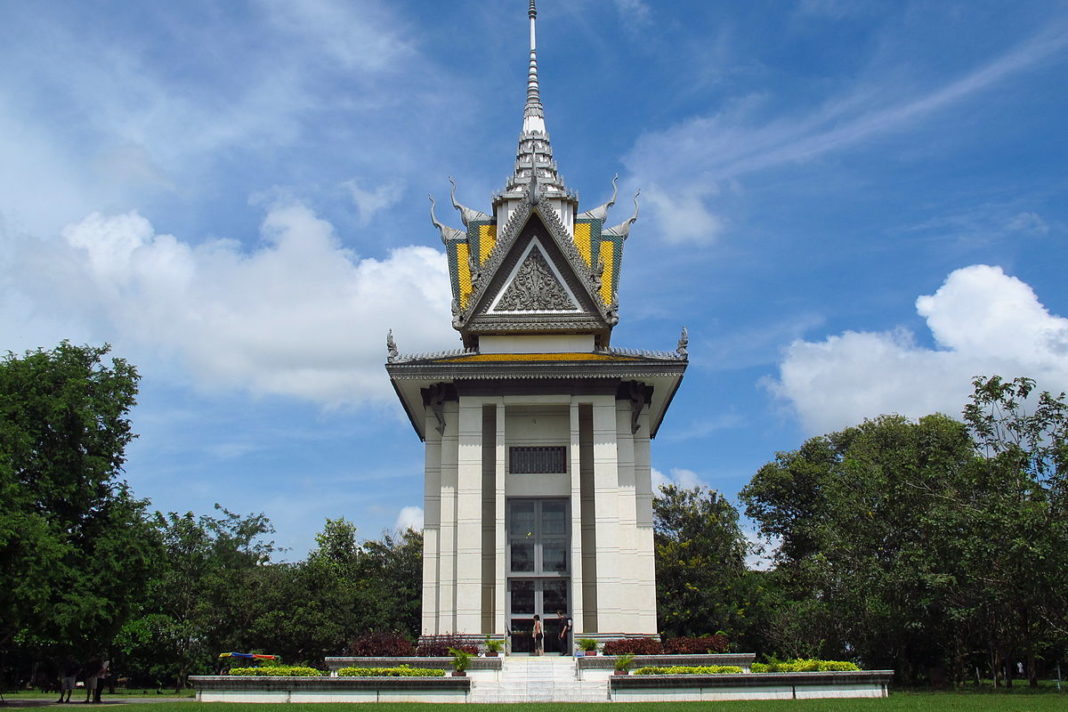 That genocide in Cambodia was unique. Out of a population of approximately 7 million, about 2 million Cambodians were systematically exterminated, starved, or worked to death by the Khmer Rouge government. Or they were often bludgeoned to death to avoid wasting precious bullets. Over 25% of the Cambodian people died at the hands of the Angkar.

The remains of 8985 people, many of whom were bound and blindfolded, were exhumed in 1980 from mass graves in a longan orchard; 43 of the 129 communal graves here have been left untouched. Fragments of human bone and bits of cloth are scattered around the disinterred pits. More than 8000 skulls, arranged by sex and age, are visible behind the clear glass panels of the Memorial Stupa, which was erected in 1988. It is a peaceful place today, masking the horrors that unfolded here several decades ago.

Thousands of Cambodian people and foreigners visit Choeung Ek to see the site and to organize religious ceremonies. It is the main site to celebrate the “Day of remembrance” each year on May 20.