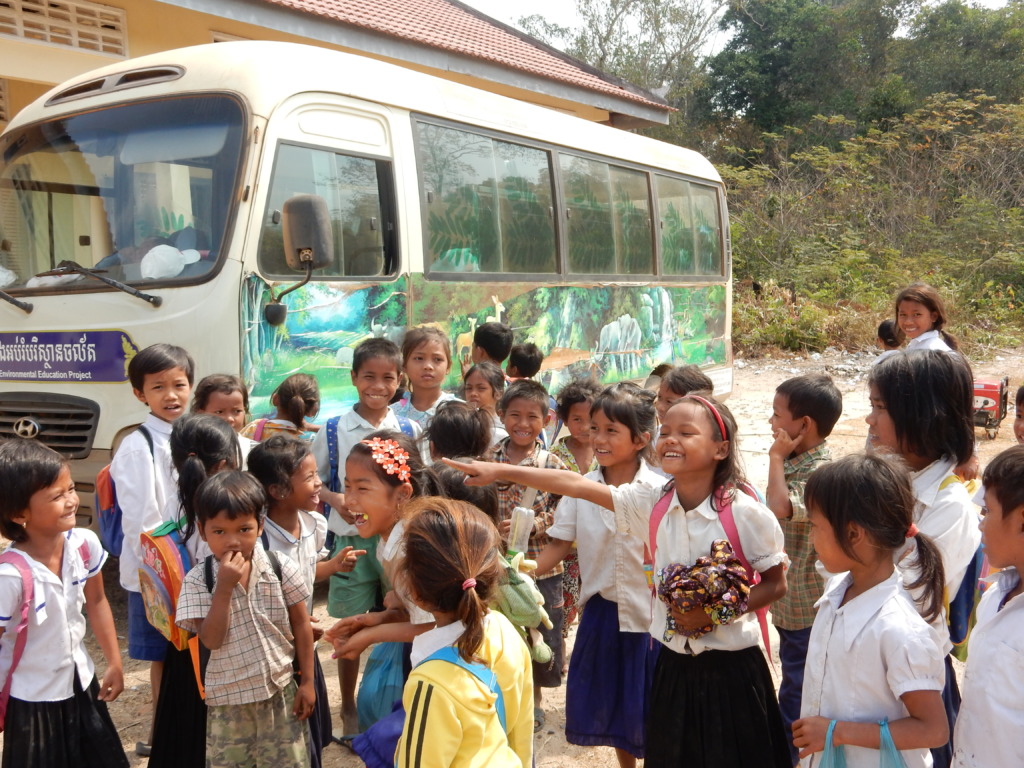 In the early 2000s, Wildlife Alliance launched a national awareness campaign to address the lack of effective environmental education in Cambodia, to raise awareness among communities living in and near protected areas, and to provide guidance on how to live sustainably while protecting natural resources. In 2005, this campaign became the Kouprey Express Mobile Environmental Education Project (KE).

The Kouprey Express Mobile Environmental Education Project of Wildlife Alliance is the only project of its kind in Cambodia. The comprehensive on-the-ground approach of the KE works with students and teachers of all ages and education levels in government and private schools and NGOs, as well as whole communities, to build capacities and understanding of environmental issues and influence positive behaviors, attitudes, and actions toward wildlife and their habitat.

Consisting of a school-based curriculum that builds capacities of both students and teachers, a national awareness campaign, and whole community engagement, the KE highlights the many factors which threaten elephants and other wildlife: habitat loss, degradation and fragmentation, poaching, and wildlife trade. The program also incorporates larger themes that impact all wildlife and humans acutely: climate change and adaptation, water quality, waste management and recycling, sustainable livelihoods, biodiversity, and wildlife laws in Cambodia and eastern Thailand.

This is achieved through 4 important activities:

According to Kouprey Express fanpage and en.wikipedia.org

The Journey To Promote New Records In Indochina (P.163) – Academy of Culinary Arts Cambodia: The first Cambodian Culinary Academy in Indochina to meet...