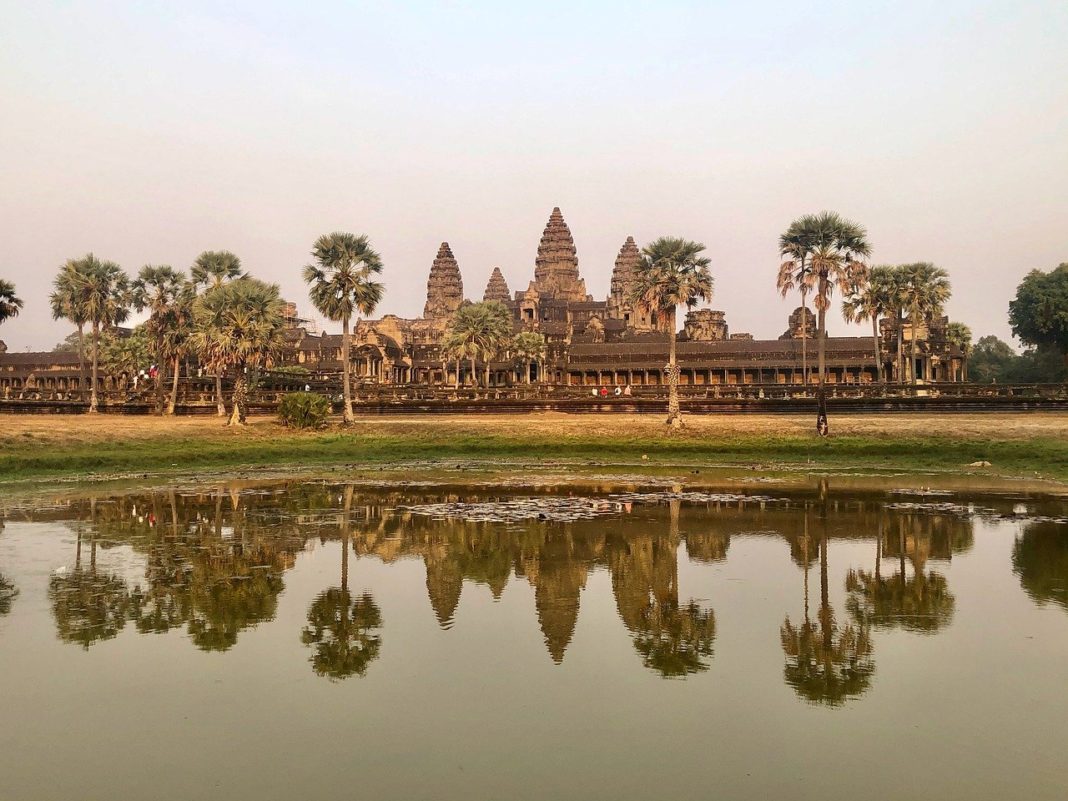 Virtual Angkor is an online simulation and series of educational modules created to take students into a 3D visualization of Angkor and to use this simulation to ask questions about Angkor’s place in larger networks of trade and diplomacy, its experience with climate variability and the structure of power and kingship that underpinned the city. The award-winning site is a collaboration between Virtual History Specialists, Archaeologists and Historians.

Built on the Visualising Angkor projects created by SensiLab, the project began life as a comprehensive virtual reconstruction of Angkor Wat and its surroundings, complete with hundreds of digital inhabitants. The goal was to use a range of archaeological and textual sources to recreate one complete 24-hour cycle in the life of thirteenth-century Angkor Wat. The Virtual Angkor teaching modules utilize slices from this broader program in the form of panoramic 360-degree videos accessible from any computer as well as immersive Virtual Reality experiences that can be used with commercially available VR headsets such as Google Daydream.

In the decade since it commenced, the Virtual Angkor project has evolved organically to encompass new technologies and approaches in an effort to present a comprehensive reconstruction of the city and its inhabitants. Virtual Angkor is a collaboration between archaeologists, historians and Virtual History specialists based in Australia, Cambodia and the United States. The project received the American Historical Association’s Roy Rosenzweig Prize for Innovation in Digital History in 2019 and the 2021 Digital Humanities and Multimedia Studies Prize from the Medieval Academy of America.