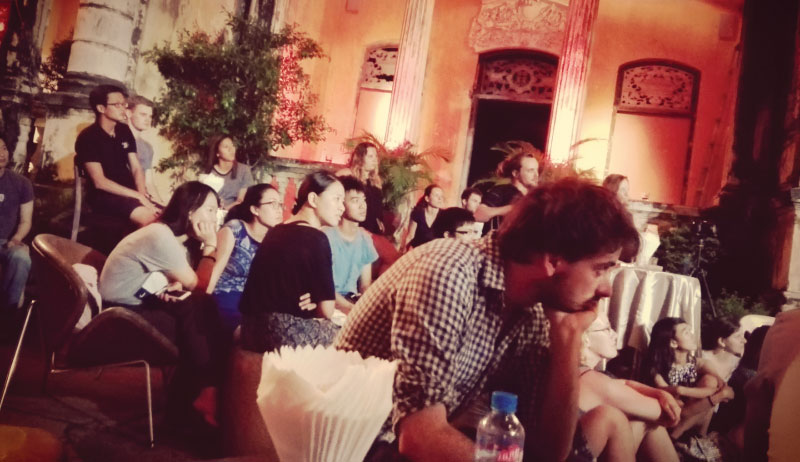 “Nerd night is a community platform where people who have particular interests share those interests in a format that is called PechaKucha,” says one of the night’s volunteer organizers, Mitsy Chanel-Blot. Pechakucha is an increasingly popular form of story-telling throughout the world. The word (meaning ‘chit-chat’ in Japanese) is a format that limits story-tellers to enthrall the audience with 20 slides and no more than 20 seconds of commentary for each one on their chosen topic.

The idea, Mitsy explains, is about trying to prevent the person from giving the audience more information than they can process at one time. “What makes a great night is teaching the audience something that they definitely would not have thought or known, “ says Chanel-Blot. 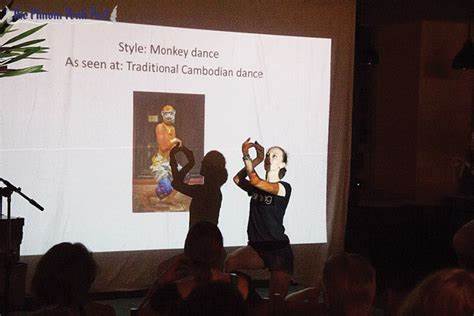 Usually held twice a month, previous Nerd Night talks have covered subjects as diverse as whether Cambodia should be considered a developing country, and the history of tattooing. For Mitsy, one that recently stood out to her, in particular, was a very detailed and musical ‘talk’ by a ukulele band that had the whole audience singing along.

Sometimes the nights are given specific themes for the participants to explore in their own way, explains fellow Nerd Night organizer David Benaim. These themes range from conspiracy theories to business innovation.

Yi Wei, one of the Nerd Night team, shared her thoughts on why she thinks Nerd Night is so popular. She says that ‘one of the reasons people like it is because it’s your friends and peers in the Phnom Penh community, it’s a small town, and the night brings out a side of people you might not usually see in regular conversation. I can’t emphasize enough how much it’s a community event, people need to sign up and show their nerdiness, without the speakers, there isn’t an event.’