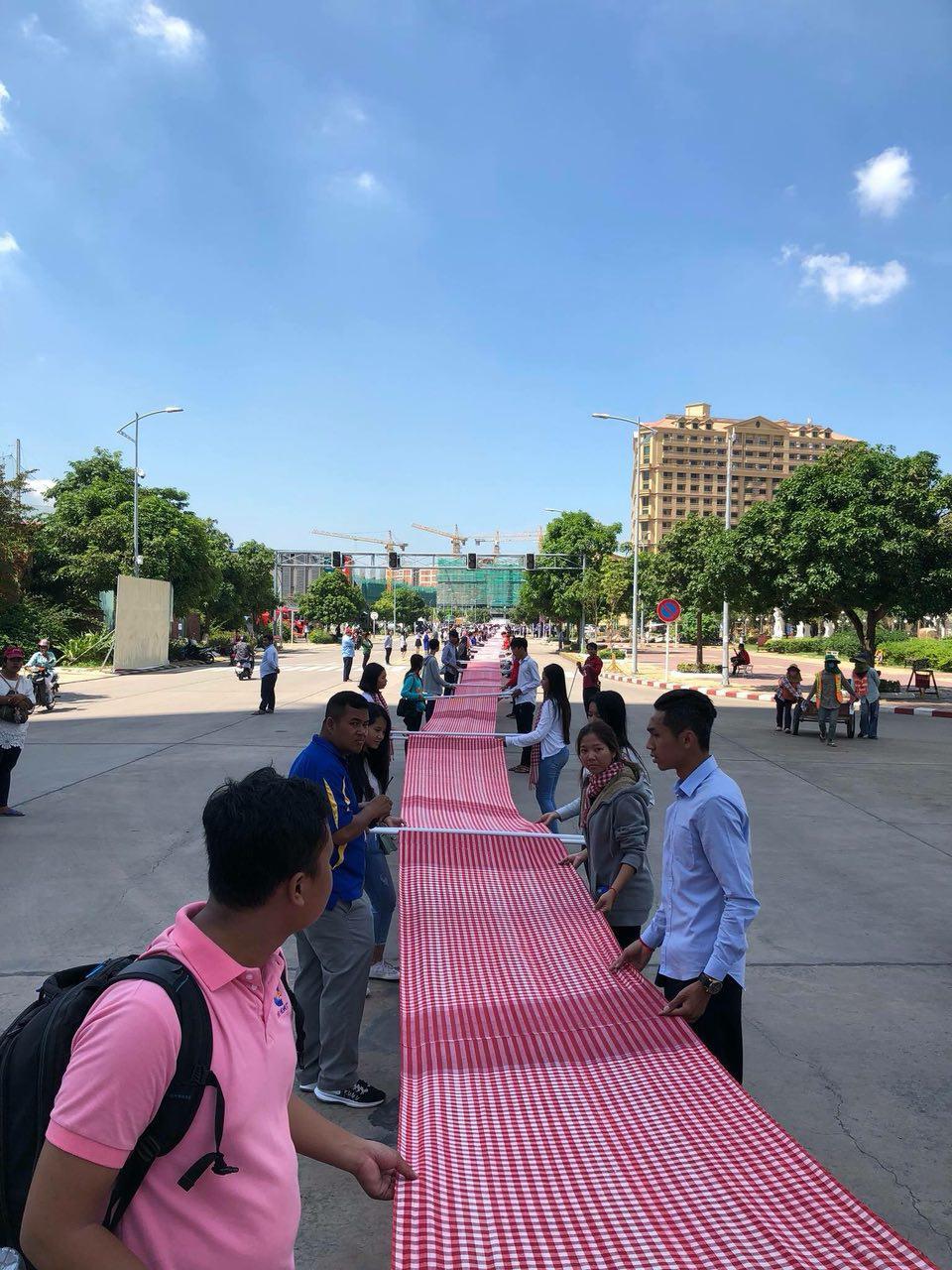 The 88-cm-wide and 1,149.8-meter-long krama was taken nearly five months to be made by weavers from 20 krama weaving communities, and thousands of visitors had also added a few centimeters to the large krama when they visited its weaving site in front of the National Museum in Phnom Penh.

Cambodia was the first country that had attempted to break the Guinness World Records for the longest scarf, he said, adding that the basic criteria for this attempt were that the scarf must be 30.5 cm wide and at least 1,000 meters long.

Krama, which is made of cotton, is commonly used in Cambodia, and it reflects Khmer culture and traditions, said Sann Vathana, head of GoGo Cambodia, an organization that launched the longest scarf weaving campaign for the Guinness World Records.

Lawmaker Hun Many, president of the Union of Youth Federations of Cambodia, said it was a “new pride and achievement” for Cambodia.