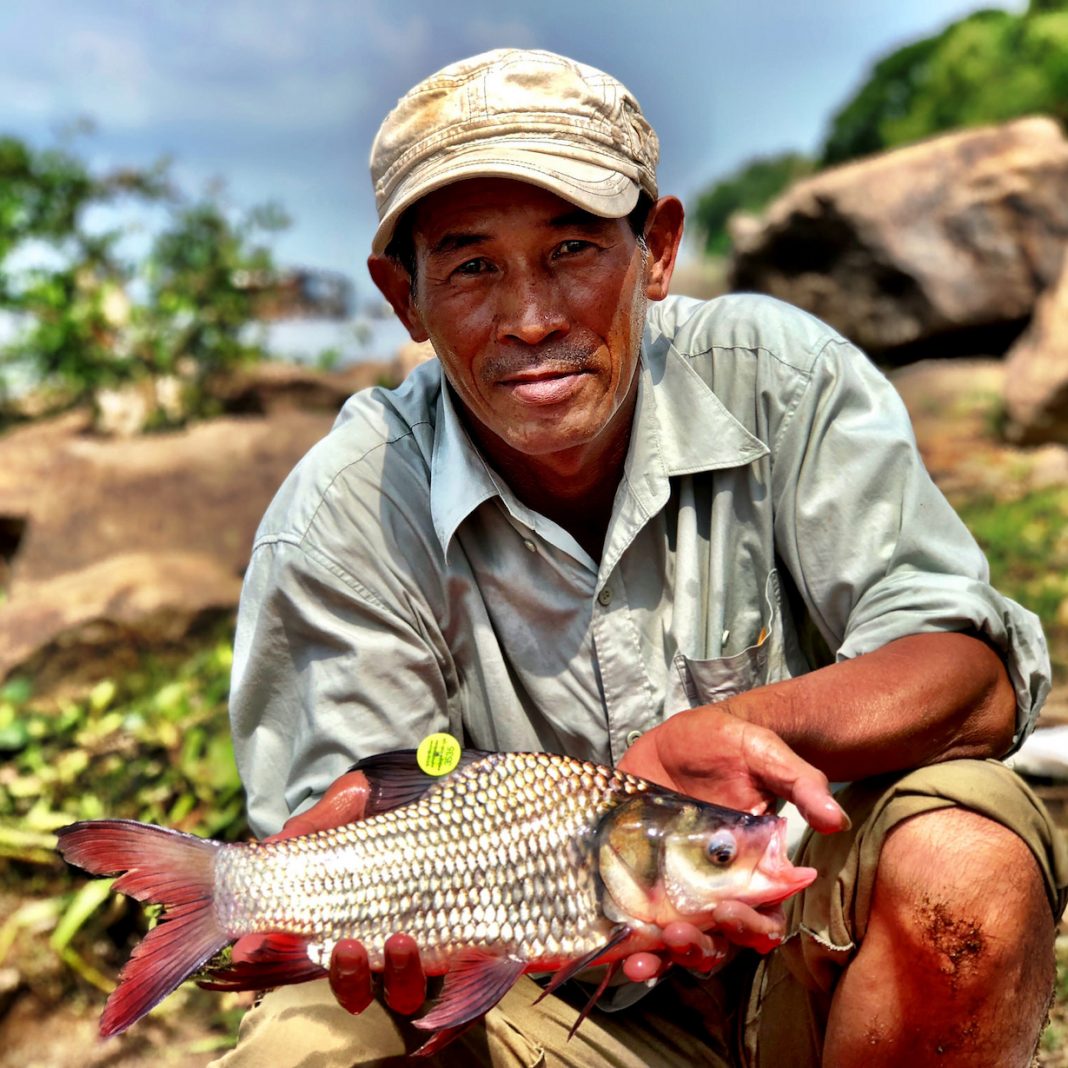 He has spent his career studying the fish of the Mekong and Tonle Sap rivers, and working for conservation and outreach related to endangered fish species. His expertise is in research and identification of freshwater fish species in Cambodia. He first started studying animal health and fish diseases, and also conducted research on species at the fishing lots in Kampong Cham province. He worked on the Mekong Fish Conservation Project from 1999–2013, in which he worked with fishermen to tag and release endangered fish species.

He is currently the head of the Laboratory Division at the Inland Fisheries Research and Development Institute with the Fisheries Administration, where he’s in charge of analytical and experimental research and reporting. His daily work includes monitoring and identifying aquatic animals, including endangered species, and research and monitoring juvenile fish species, including fish larval drift from the Mekong and Tonle Sap rivers.

In an article posted on mekongfishnetwork, he shared: “To me, conservation means preserving the balance of nature, preserving nature to be the same as in the past, and preserving it in a sustainable way. I encourage others to take part in conservation by raising awareness and explaining to the communities about the value of fish conservation, showing them the results of protection and conservation, and offering them some incentives or gifts for actions like releasing endangered fish species. My hope for the future is that fishermen, fishing communities, and the whole world, not only Cambodians, will understand the importance of conservation for themselves, their communities, and their countries. I hope that they will get involved with our work after they have learned to understand the importance of conservation.”

Thach Phanara is a 2018-2019 Mekong Conservation Hero selected by the Wonders of the Mekong project.