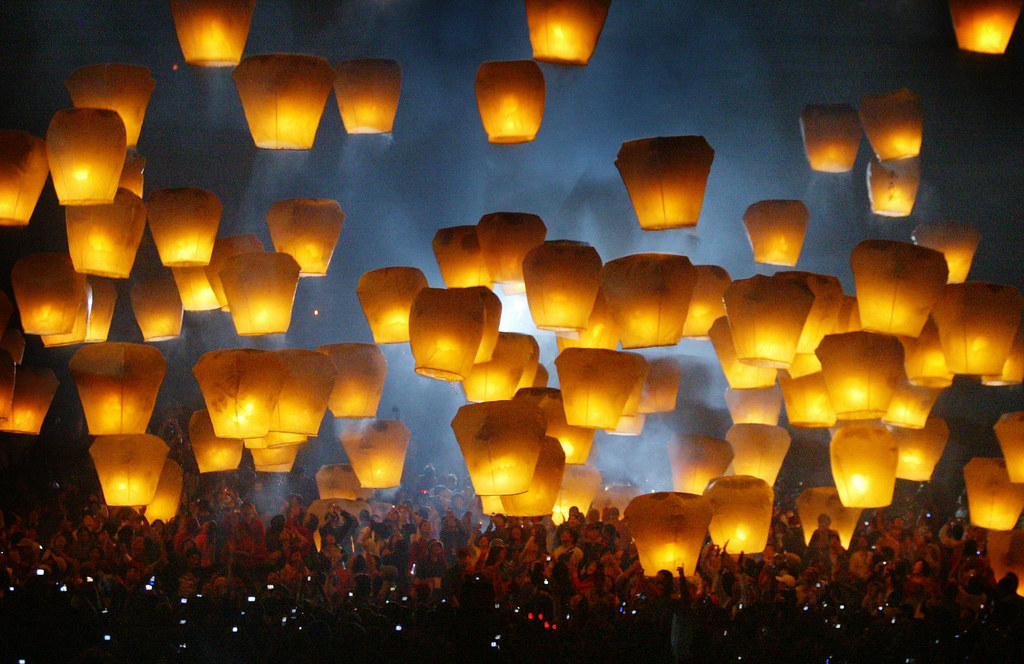 The Lantern Festival aims to promote reconciliation, peace, and forgiveness. The holiday marks the first full moon of the new lunar year and the end of the Chinese New Year.

During the festival, houses are festooned with colourful lanterns, often with riddles written on them; if the riddle is answered correctly, the solver earns a small gift. Festival celebrations also include lion and dragon dances, parades, and fireworks. Small glutinous rice balls filled with fruits and nuts, called yuanxiao or tangyuan, are eaten during the festival. The round shape of the balls symbolizes wholeness and unity within the family. The Lantern Festival is celebrated on Tuesday, February 15, 2022.

The Lantern Festival may originate as far back as the Han dynasty (206 BCE to 220 CE), when Buddhist monks would light lanterns on the 15th day of the lunar year in honour of the Buddha.

The rite was later adopted by the general population and spread throughout China and other parts of Asia. A legend concerning the festival’s origin tells the tale of the Jade Emperor (You Di), who became angered at a town for killing his goose. He planned to destroy the town with fire, but he was thwarted by a fairy who advised the people to light lanterns across the town on the appointed day of destruction. The emperor, fooled by all the light, assumed the town was already engulfed in flames. The town was spared, and in gratitude the people continued to commemorate the event annually by carrying colourful lanterns throughout the town.