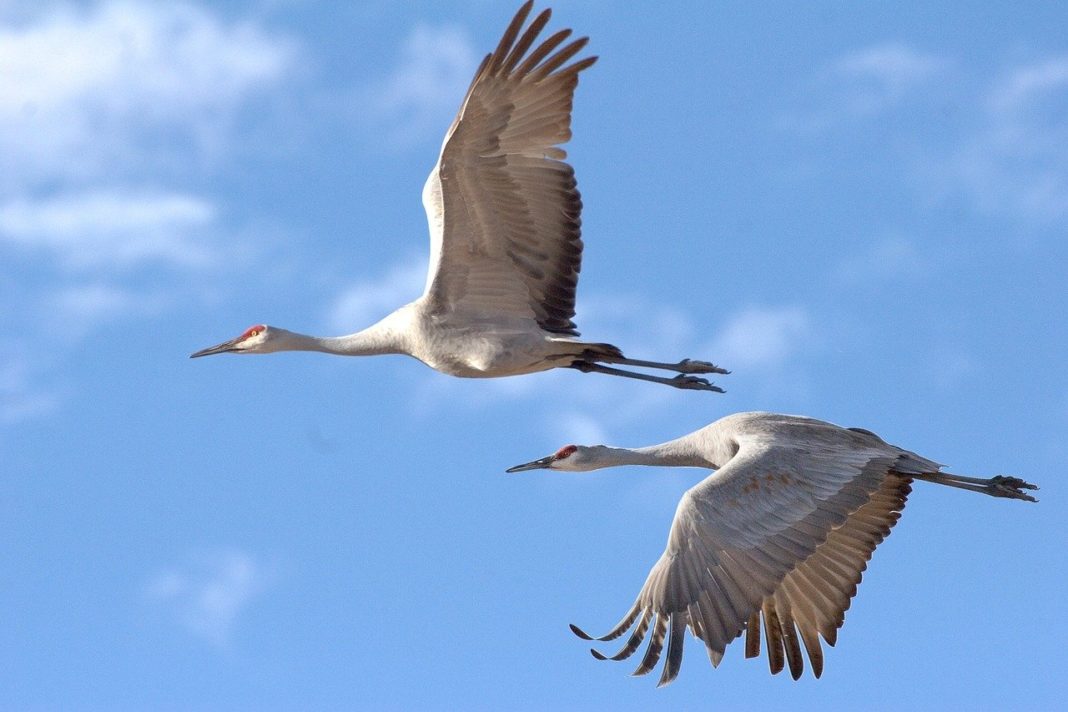 Now, under a new initiative led by conservation group BirdLife International, some farmers in Cambodia are planting strains of rice favoured by the eastern sarus crane to help increase numbers of the endangered species.

Researchers counted 869 of the world’s tallest flying bird in a 2011 census, but this has since fallen to less than 200 due to habitat loss and poisoning.

The cranes favour the silt-laden wetlands of the Mekong Delta in Cambodia and Vietnam. There, they forage for food such as insects and feed on rice strains native to Cambodia, such as boka teourm and pong lolok, which are more expensive and have a harder texture than the jasmine rice usually cultivated for human consumption.

But as more land is used for agriculture, their natural habitat has dwindled. The local population of the birds has declined by more than 70 per cent over the past decade, said Mr Vorsak Bou, programme manager of BirdLife International in Cambodia.

Farmers welcome them on their padi fields, he said, as the birds help with pest control and their droppings make the soil more fertile.

But in recent years, as more farmers have turned to pesticides and artificial fertilisers, the cranes have been affected, with toxins building up in their bodies. This has led to premature death in some of the birds, said Mr Bou.

Over 17ha of farmland – about four times the size of the Padang in Singapore – has been designated as a protected reserve for the growing of “crane rice”. This is located in Anlung Pring province in southeast Cambodia, near the border with Vietnam.

Mr Bou said the cranes are typically seen in the area from December to May, before they head to the north of the country during the breeding season.

Under the initiative by BirdLife International and its local partner NatureLife Cambodia, farmers are incentivized to practice crane-friendly farming methods.

With the support of Cambodia’s Ministry of Environment and the International Union for Conservation of Nature Netherlands, the initiative gives participating farmers 10 years of lease payments upfront. These payments include an additional 30 per cent of the net income they had been reaping from the land.

The pioneer batch of 41 farmers will have to abide by a set of 12 conditions. These include provisions to progressively reduce the use of pesticides and fertilisers, curb logging and illegal encroachment on the reserve, and cooperate with the authorities and agencies in monitoring the programme.

They also have to retain at least 5 percent of their crops for the cranes to feed on.

But some farmers are reluctant to discontinue using chemical fertilisers and pesticides, and prefer growing the more popular jasmine rice instead of the native strains, which have a comparatively limited market.

Yet others are more receptive. Mr Taum Ke, a participant in the programme, said: “The cranes have been in my village since I was young and they are amazing and beautiful. Some of my fellow villagers are hesitant because they don’t understand the scheme, but I am happy to join because it will help to conserve the cranes.”

Dr Yong Ding Li, the regional coordinator at BirdLife International, said the growth of crane rice is the most recent of biodiversity-linked agricultural programmes implemented in Southeast Asia.

“More than 10 years ago before crane rice, we already had ibis rice here (in Cambodia), which has been a success,” he said.

Meanwhile, in Central Java, Indonesia, a programme to grow coffee plants under trees has helped conserve the natural habitat of the endangered silvery gibbon, while also offering farmers a way to earn an income.