Pha That Luang is a huge Buddhist Stupa of 45 meters (148 feet) in height and width 69 built in pyramidal shape and is surrounded in turn by 30 small stupas. The Pha That Luang stupa is covered with 500 kilos of gold leaf, precious metal that achieves such impressive golden color, symbol of the splendour of Laos.

The complex where rises the Pha That Luang Temple is surrounded by a cloister 85 meters long, cloister which houses various statues of Buddha and paintings. The Pha That Luang stupa is built on 3 levels, which symbolize the ascent from the Earth to the sky. The first level is the underworld, the second level 30 perfections of Buddhism and the third and final level, the prelude to the Kingdom of heaven. Each level is more narrow than the previous level, for example the first level are 69 meters of width, the second level 47 meters and the last level just 29 metres. 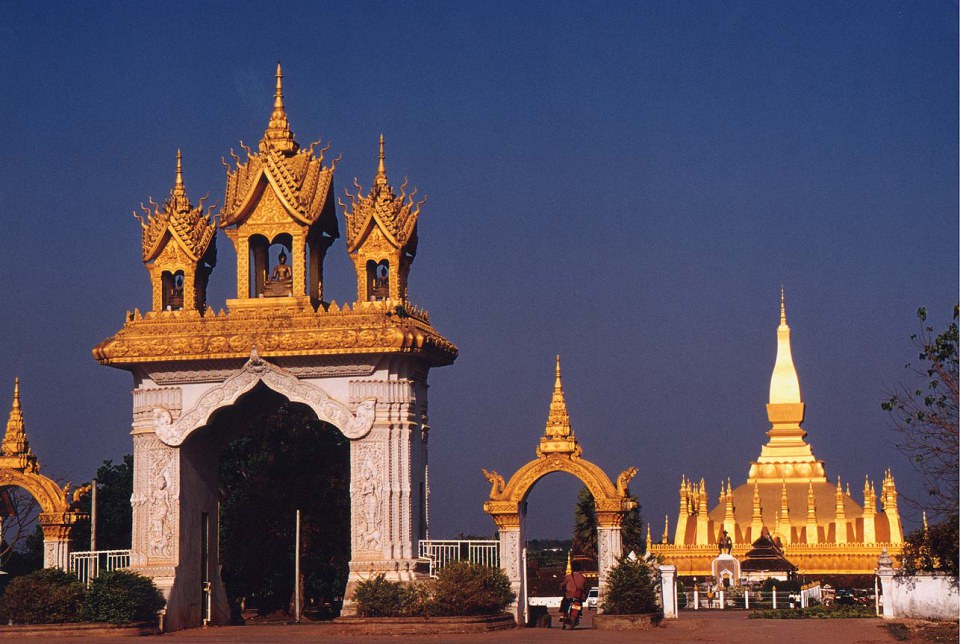