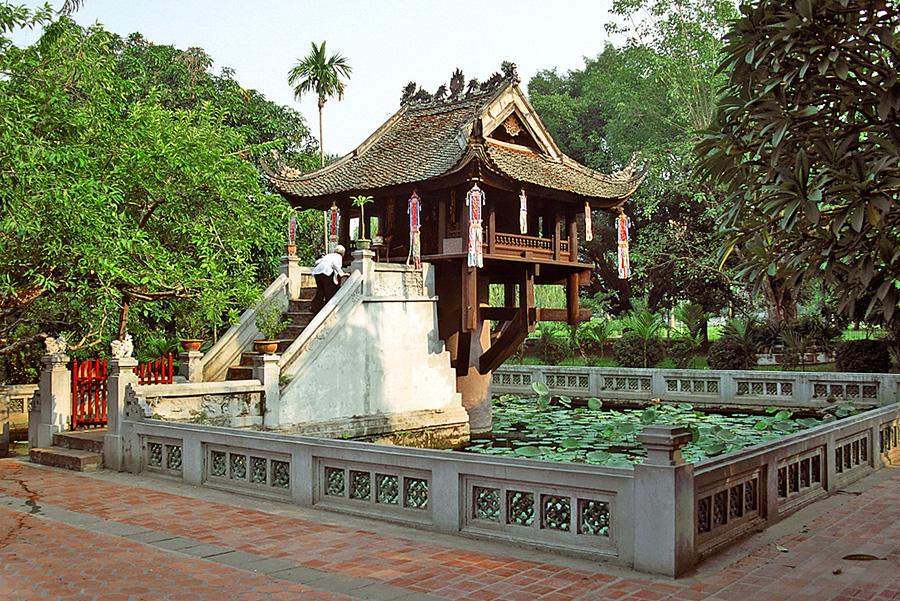 The pagoda is often used as a symbol for Hanoi and remains one of the city’s most revered sights in a beautifully tranquil garden setting with benches provided for comfortable contemplation. The shrine inside the pagoda is dedicated to the Vietnamese Buddhist deity Quan Am with her effigy nestled inside the tiny three square metres temple.

The One Pillar Pagoda was originally built by the Emperor Ly Thai Tong who ruled from 1028 to 1054. According to legend, ageing Emperor Ly Thai To of the Ly dynasty, who had no children, used to go to pagodas to pray to Buddha for a son. One night, he dreamt that he was granted a private audience to the Bodhisattva Avalokiteshvara, who was seated on a great lotus flower in a square-shaped lotus pond on the western side of Thang Long Citadel, gave the King a baby boy. Months later, when the Queen gave birth to a male child, the Emperor ordered the construction of a pagoda supported by only one pillar to resemble the lotus seat of his dream in the honour of the Bodhisattva Avalokiteshvara. According to a theory, the pagoda was built in a style of a lotus emerging out of the water. As a way of expressing his gratitude for this event, he constructed a pagoda here in 1049. 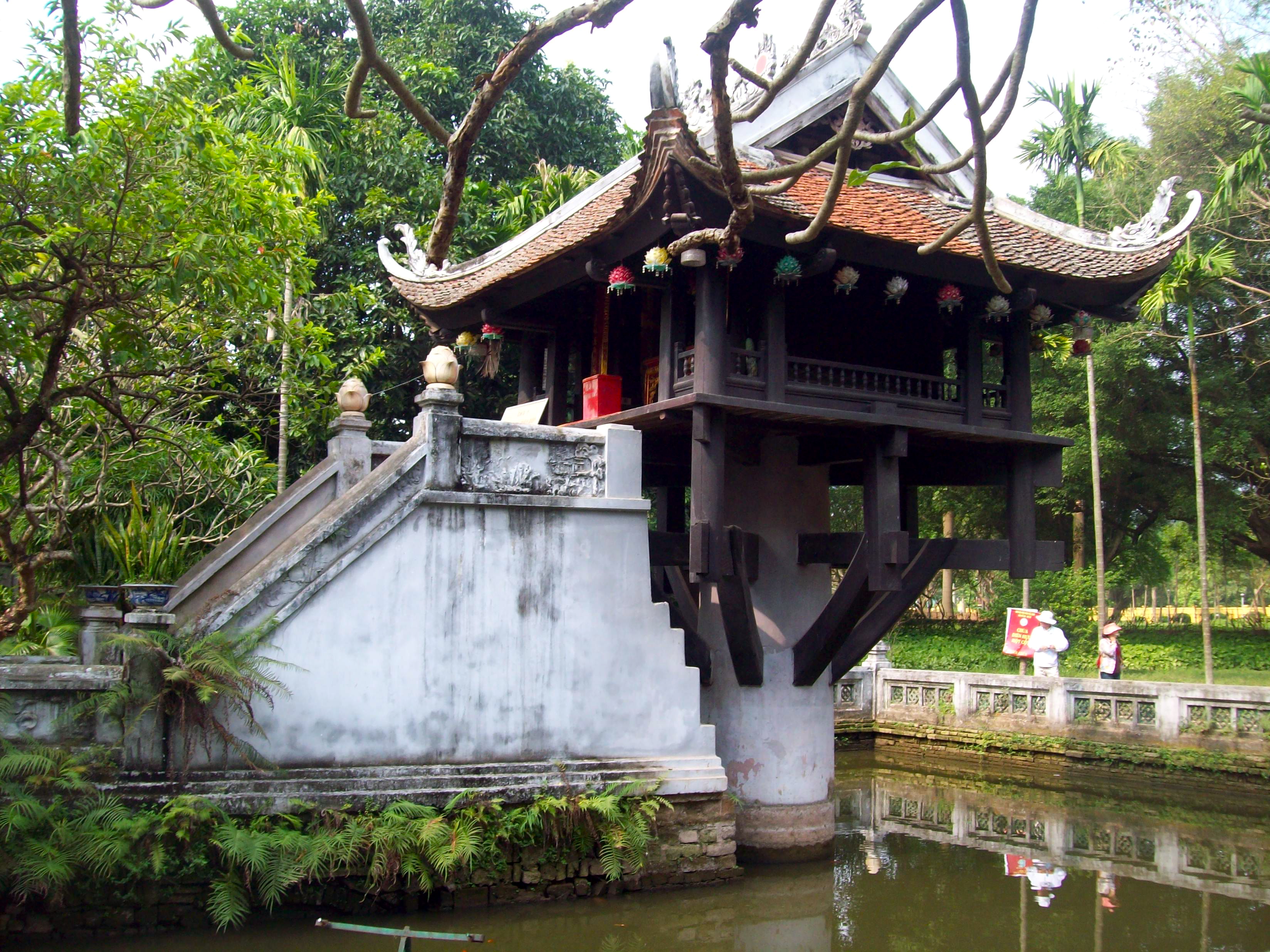 The One Pillar Pagoda is almost a thousand years old. In another in a long line of despicably pointless destructive acts committed by colonial military forces, the French destroyed the nearly 1000-year-old pagoda in 1954 on their way out. The Vietnamese government subsequently rebuilt it. Despite it being a replica, the One Pillar Pagoda is today considered one of Vietnam’s most iconic Buddhist temples