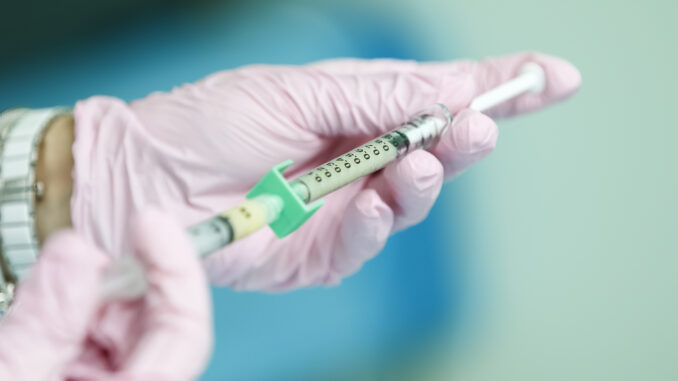 The country is facing its worst COVID-19 outbreak since January 2020 with more than 19,500 cases reported since February this year. In the last 12 months, Cambodia has reported less than 500 cases with small spikes in March and November 2020.

Roughly 20 percent of Cambodia’s adult population had received at least one dose of the available vaccines, or about 13 percent of the total population, according to Health Ministry figures.

Dr. Nuth Sambath, who heads the Institute of Biology, Medicine, and Agriculture at the Royal Academy of Cambodia, said fear of contracting the disease was likely a motivating factor for many to get the vaccines.

“The February 20 domestic infection situation became worse, so more people who were experiencing the real impacts of COVID-19 forced themselves to get vaccinated,” Nuth Sambath said.

The recent outbreak has also resulted in Cambodia’s first reported COVID-19 death with 147 deaths reported as of Friday. Shortly after Phnom Penh saw a significant spike in daily cases in early April, photos on social media showed large crowds gathering around hospitals hoping to get vaccinated and protect themselves from the disease.

Observers said the decision to make vaccinations mandatory in red zones – areas with high case counts and with strict lockdown rules – coupled with the easy access of China-made Sinovac and Sinopharm vaccines has aided the government’s push to reach herd immunity.