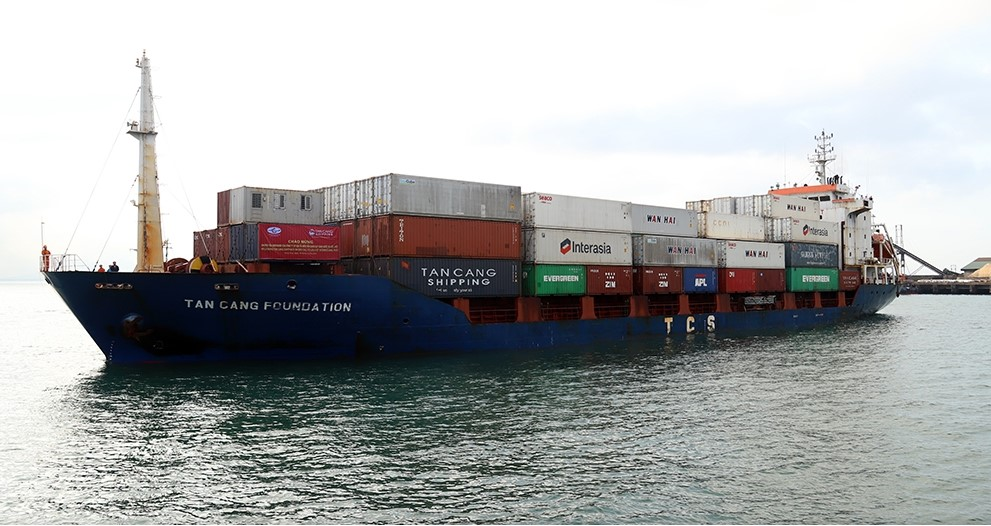 Vung Ang Port is an international seaport serving cargo transportation to Laos, Northeastern Thailand, and the central provinces of Vietnam. The port can accommodate cargo ships of up to 50,000 DWT and container ships of up to 2,000 TEU.

He noted that investment in the industry with a focus on the Vung Ang economic zone and the sea-based economy is necessary for Ha Tinh to make economic breakthroughs.

The transport route of Tan Cang Shipping through Vung Ang Port is the concretization of the project on promoting logistics services in Ha Tinh Province until 2030 and the initial result of the cooperation between Saigon Newport Corporation and the People’s Committee of Ha Tinh in early 2021.

At the ceremony, leaders of Ha Tinh Minerals and Trading Corporation, Laos – Vietnam International Port Joint Stock Company, and functional agencies pressed the button to launch the first cargo loading and unloading codes in 2021, offered flowers to congratulate the shipowner, the officers, and workers on duty here.

According to the Director of Laos – Vietnam International Port Joint Stock Company Mr. Nguyen Anh Tuan, despite facing many difficulties and challenges last year, the company had made more efforts to seek new sources of goods and customers. The volume of goods the company exported and imported through Vung Ang Port reached more than 3.3 million tons bringing the turnover of VND182.8 billion (US$7,9 million).

It is expected that the port will handle more than 3.6 million tons of goods earning VND195 billion (US$8,4 million) in revenue in 2021.