The Annamite Range extends from upstream of the Ca River in Laos, bordering Nghe An province of Vietnam, to the southernmost point of Central Vietnam. 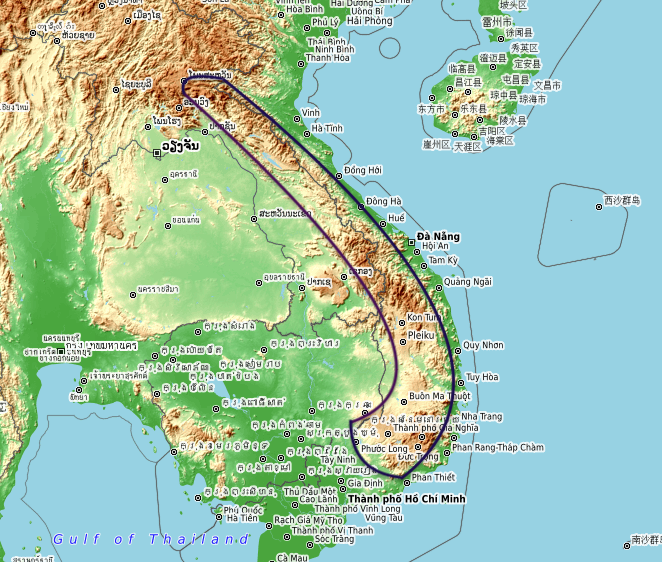 The Annamite Range runs parallel to the Vietnamese coast, in a gentle curve which divides the basin of the Mekong River from Vietnam’s narrow coastal plain along the South China Sea. Most of the crests are on the Laotian side. The eastern slope of the range rises steeply from the plain, drained by numerous short rivers. The highest points of the range are the 2,819 m-high Phou Bia, the 2,720 m-high Phu Xai Lai Leng, and the 2,598 m-high Ngọc Linh (Ngoc Pan).

The Annamite Range has a northwest-southeast direction, along the natural border of Vietnam, Laos, and Cambodia. The range runs through 21 provinces of Vietnam, such as Thanh Hoa, Nghe An, Ha Tinh, etc.

The Annamite mountains form an important tropical seasonal forest global ecoregion, the Annamite Range Moist Forests Ecoregion, which consists of two terrestrial ecoregions, the Southern Annamites montane forests and the Northern Annamites moist forests. The range is home to rare creatures such as the recently discovered Annamite rabbit and the antelope-like saola, the Douc langur, the large gaur, the Chinese pangolin, and the Indochinese tiger.