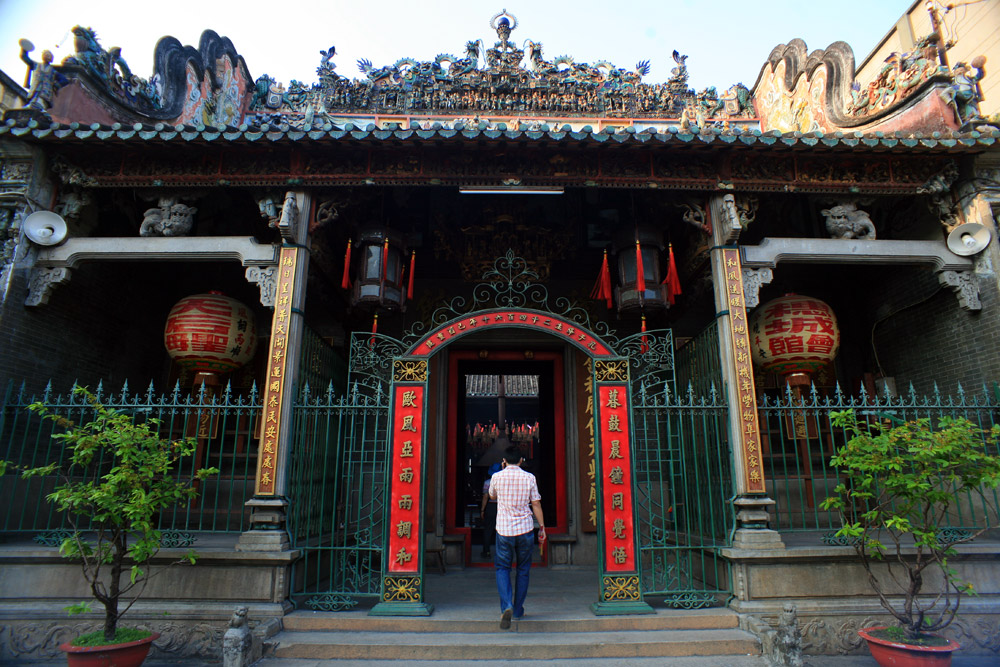 The origin of Thien Hau Pagoda is because the first Chinese people came to Vietnam for a few months each year to do business. They found it was not convenient to stay on the boat, so they set up a Assembly Hall to have a place to reside, facilitate trade and support, and meet fellow countrymen. After that, the Hall grew into a temple and now, it is the most famous temple of Chinese people in Cho Lon.

Thien Hau Pagoda not only has a long history and unique architecture. This is also a place to store many valuable antiques, the most prominent of which is a very large set of copper censers.

This set of ancient censers is located in the central hall, including five items: An incense burner, two lampstands and two flower vases.

These antiques were made in China in the 12th year of Quang Tu (1886), now 136 years old, it is the largest copper censers set in comparison with others at Chinese temple in Vietnam. It is also the oldest but best-preserved set of copper censers in Indochina.

Overall, the censers were cast in copper with very high sophistication. Each item had a symmetrical octagonal cross-section on both sides. The artistic value of Thien Hau pagoda’s censers lies in the miniatures made from ceramics and decorative colored glass…and especially the carvings with rich themes. Those are cultural relics of the Chinese…or traditional artistic motifs associated with images of nature.