Fansipan  is a mountain in Vietnam, the highest in Indochina (comprising Vietnam, Laos, and Cambodia), at 3,143 metres (10,312 ft). It is located in the Lào Cai Province of the Northwest region of Vietnam, 9 km southwest of Sa Pa Township in the Hoang Lien Son mountain range. 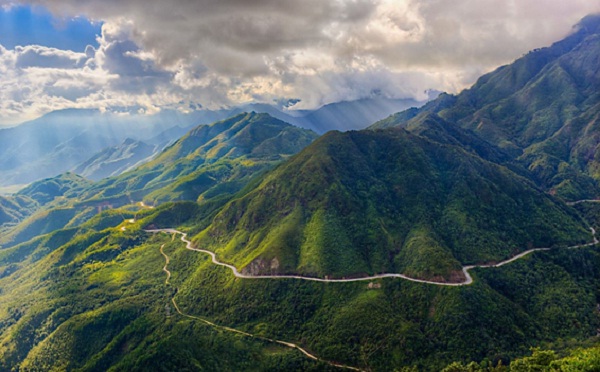 Fansipan is dubbed "the Roof of Indochina" and has about 2,024 floral varieties and 327 faunal species.

The topography of Fansipan is varied. Muong Hoa Valley, at the lowest altitude (950-1000 m), is created by a narrow strip of land at the base on the east side of the mountain. It can be climbed in a steep and fairly strenuous hike.

The initial metal pyramid was made and installed here by Soviet engineers from Hòa Bình in 1985. Amateur mountaineering expedition was the first one since the end of the colonial period and was officially timed to the 40th anniversary of the Victory Day of the Soviet Union over Nazi Germany.

The Guinness Book of World Records has awarded two Guinness certification for the Fansipan Sapa, including a three-wire cable car station and the difference between the world's largest arrivals (1,410 m) cable cars and the world's longest three-wire (6292.5 m).

Each cable car cabin can accommodate up to 35 guests, with a transport capacity of up to 2,000 people per hour. The time to go to the gas station to just 15 minutes.

IndochinaKings has planned to confer the Indochina Records Certificate on Lao Cai Province People's Committee for "Fansipan – The highest mountain in Indochina". 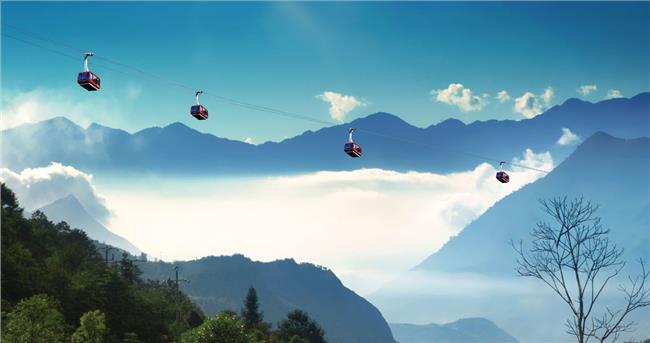 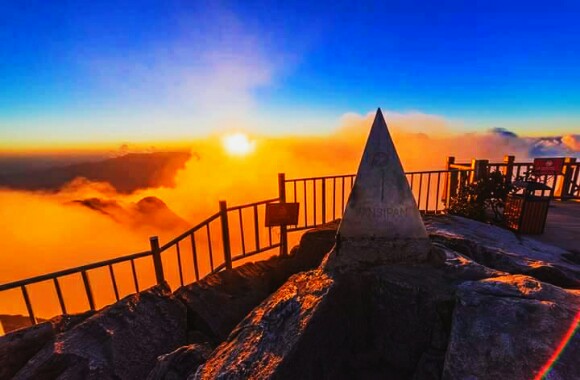