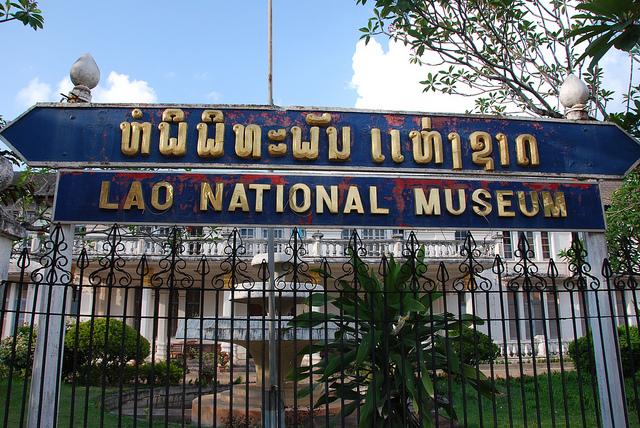 The Lao National Museum is located in Vientiane, Laos. It was founded as the national museum highlighting the revolution of the 1970s and is located in a French colonial building. In 2007, the United States donated a grant to help develop the museum. The museum, which was originally built in 1925 as the French governor’s residence, presents the history of Laos, highlighting the Laotian people’s struggle to free the country from foreign occupiers and imperialist forces. It is located on Samsenthai road, opposite the Cultural Hall.

The old colonial French building in which the museum is housed has a good range of exhibits, artefacts and photographs ranging from prehistoric times up to the present day. 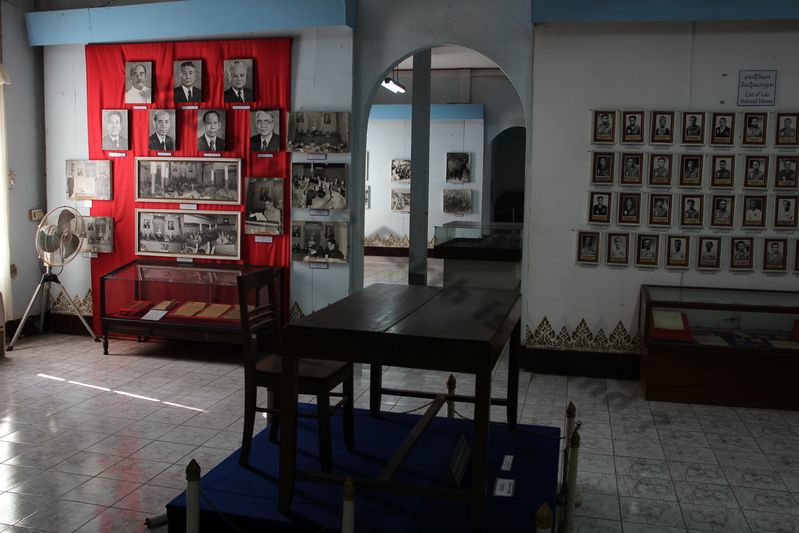 On the ground floor, you’ll find a bit of a mixed bag, with dinosaur bones lying alongside pottery shards and Khmer sculptures. Upstairs is dedicated to detailed and educational exhibitions depicting the more recent history of Laos – from the Siamese invasions and the French colonial period to the American military presence during the Vietnam War. 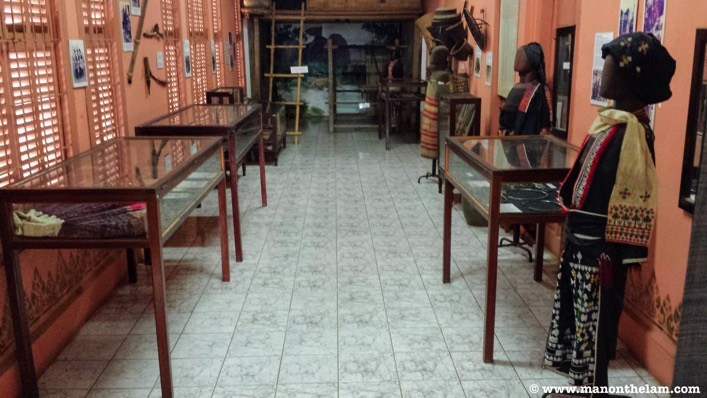