In 1962, following a lengthy dispute between Thailand and Cambodia over ownership, the International Court of Justice (ICJ) in The Hague ruled that the temple is in Cambodia.

The temple was built at the top of Pey Tadi, a steep cliff in the Dângrêk Mountain range which are the natural border between Thailand and Cambodia.

The Temple was listed by Thailand as being in Bhumsrol village of Bueng Malu sub-district (now merged with Sao Thong Chai sub-district), in Kantharalak district of the Sisaket Province of eastern Thailand. It is 110 km from the Mueang Sisaket District, the center of Sisaket Province. 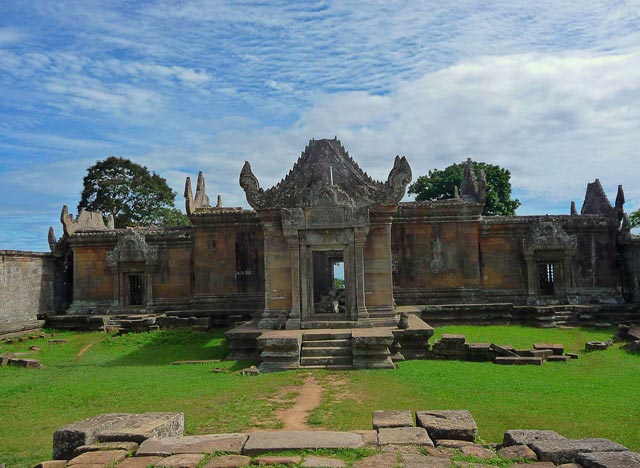 The Temple was also listed by Cambodia as being in Svay Chrum Village, Kan Tout Commune, in Choam Khsant District of Preah Vihearprovince of northern Cambodia. The temple is 140 km from Angkor Wat and 625 km from Phnom Penh. 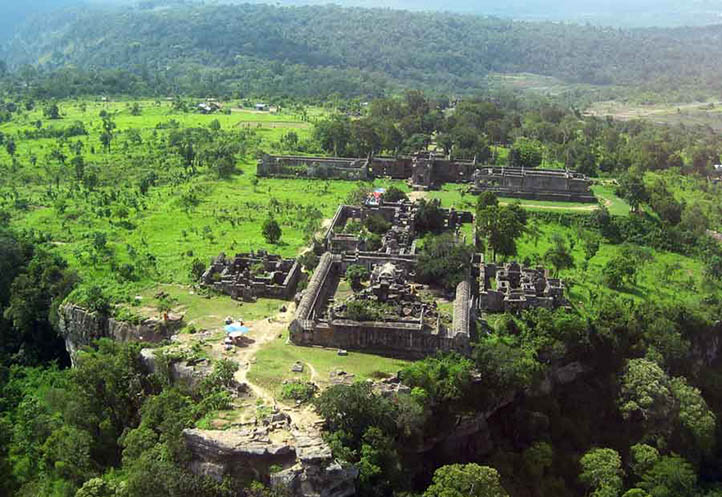 In 1962 the ICJ ruled that only the temple building belonged to Cambodia, while the direct way to access the temple is from Thailand.

Affording a view for many kilometers across a plain, Prasat Preah Vihear has the most spectacular setting of all the temples built during the six-centuries-long Khmer Empire. As a key edifice of the empire's spiritual life, it was supported and modified by successive kings and so bears elements of several architectural styles. Preah Vihear is unusual among Khmer temples in being constructed along a long north-south axis, rather than having the conventional rectangular plan with orientation toward the east. The temple gives its name to Cambodia's Preah Vihear province, in which it is now located, as well as the Khao Phra Wihan National Park which borders it in Thailand's Sisaket province and through which the temple is most easily accessible. On July 7, 2008, Preah Vihear was listed as a UNESCO World Heritage Site.