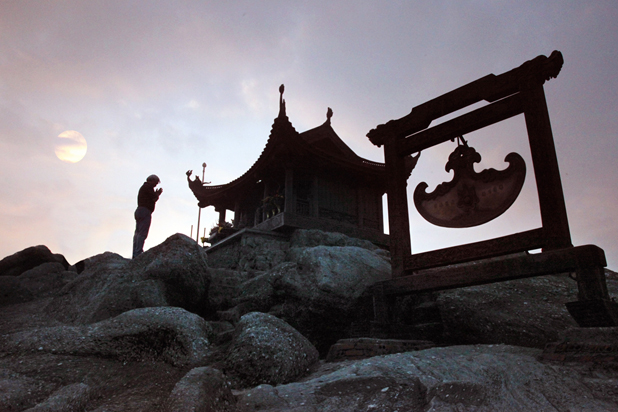 Yen Tu is the highest mountain to the West of Uong Bi town, Quang Ninh province, which is 17km from the centre of the town. Standing at the height of 1068m on the top of the mountain, we may cover an overview of a vast North East with Ha Long Bay gleaming in the clouds, far away from the mountain is Bach Dang river. From Hanoi, it is a 115 kilometers drive to Quang Ninh Province, passing Uong Bi District, then turning onto Vang Danh Street for 9 more kilometers, and then turning left to the street leading to the region. 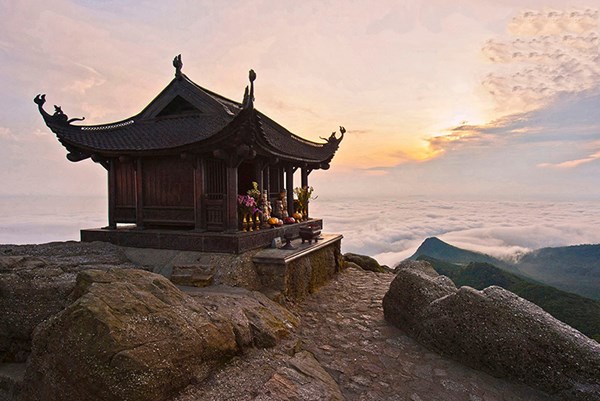 On the way to Dong Pagoda, which is the highest pagoda in Yen Tu, there are more than 20,000 constructions with small and large relics. Yen Tu was formerly known and called as Voi mountain (elephant mountain) since its shape is somewhat like an elephant heading to the sea. It is recorded in historical books that Yen Tu has another name “Bach Van Son” since this mountain is year-round in white clouds. 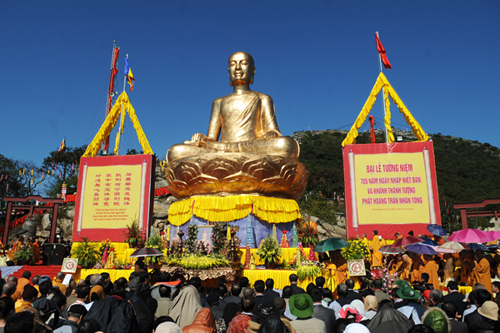 In the past, tourists to Yen Tu had to climb the six-kilometer track, on steps made from rock, through the bamboo and pine tree forest leading to Yen Tu. Today they have the option of going by cable car, which has been operating since 2002, which will carry tourists to the Hoa Yen pagoda, and from there they can walk to visit other landscapes in the region. 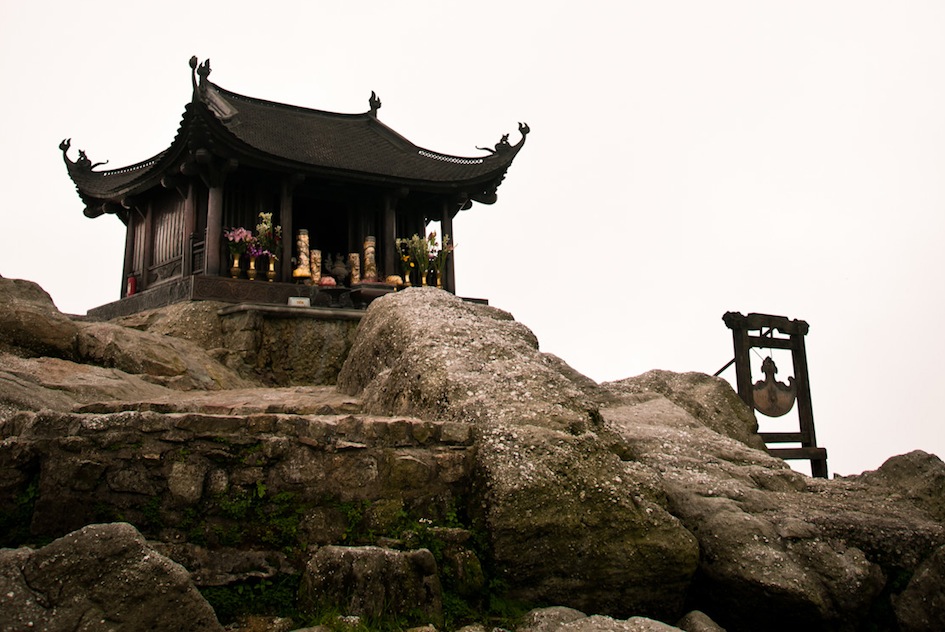 The whole one of Vietnam Popular Destinations from this place, including more than 3,500 items of statues, bells, and more, weighs around 70 tons. The pagoda is skillfully carved and from far away looks just like a golden lotus.