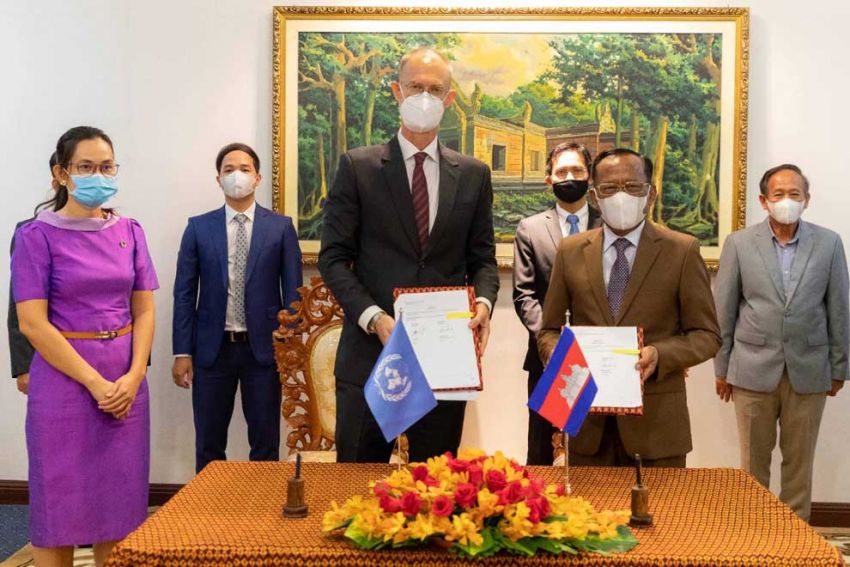 The two-year agreement will focus on preparing two action plans to support Cambodia’s elderly. The first adds support to the national policy on the elderly from 2017-2030 and the second will be implemented as a pilot project from 2021-2025.

UNDP said the agreement will enable research on the socio-economic impact of expanding social welfare and developing institutions to assist the elderly.

“The feasibility of extending free healthcare to the elderly will also be explored,” it said.

Cambodia currently has the youngest population in Southeast Asia. However, the population is also aging. In 2019, 8.9 percent of the population was aged 60 and over, an increase from 5.25 percent from two decades ago. That figure is expected to rise to 21 percent by 2050, according to UNDP.

“These trends indicate that over the next several decades a shrinking working-age population will need to support an expanding elderly population in the country,” it said.

UNDP Resident Representative Nick Beresford said Cambodia is a country with a young population, but this will not be the case forever. By the middle of the 2020s, there will be a turning point when the number of elderly dependents will increase faster than the number of working-age people.

“So, we need to act now to put in place old-age pensions and a social welfare system that gives senior citizens the support and dignity they deserve,” he said.

Minister Vong Saut said respect and care for the elderly are important in Cambodian culture, and ensuring a high standard of living for them has always been a priority of the government.

“Building upon the national aging policy, the government is looking forward to working with UNDP to promote the welfare of the elderly and creating a more resilient social welfare system,” he said.