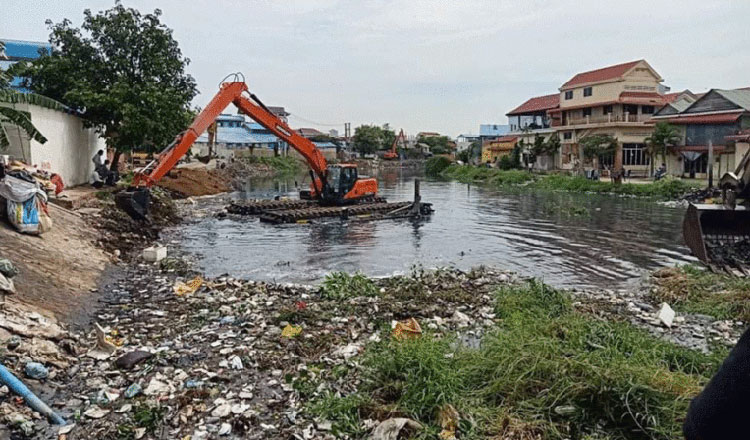 Director of Drainage Unit Duong Chansarath said the working team was established to dredge Boeng Tompun canal, which is 3,710 metres long and 30 metres wide, and runs from Stung Meanchey Bridge to Boeng Tompun pumping station along street 371 in Meanchey district.

He said that the work started on April 5 and completed on May 7 where 6,825 tonnes of grass and mud were removed.

Chansarath asked people to keep garbage properly in the bins, and not to throw it into the canals.