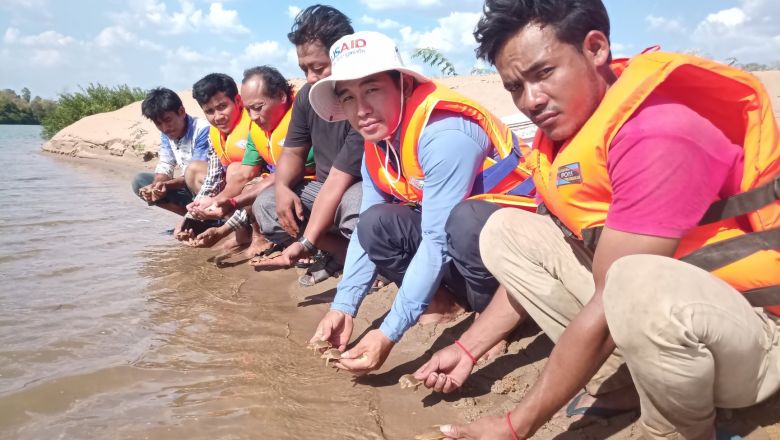 The community-based nest protection team found 58 nests with 2,058 eggs in the nesting season this year, starting November 2020 through May of this year.

As of the first week of April, 559 hatchlings from 28 nests have successfully hatched.

The rest of the hatchlings were cared for by the team in temporary floating wooden cages to boost survival rate before releasing them all after the Khmer New Year holiday.